Close
Home > Blog > Police may soon have THC breathalyzers - will they be accurate?

Police may soon have THC breathalyzers - will they be accurate? 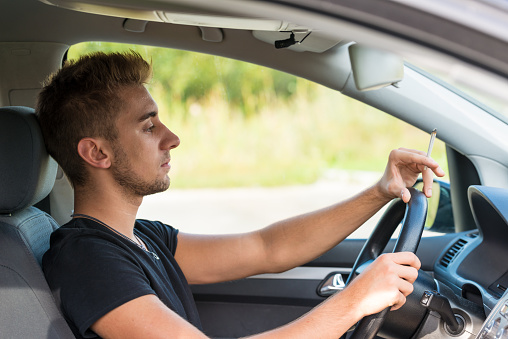 Law enforcement is getting closer to having a marijuana breath test ready for quick roadside sobriety checks.

A company called Hound Labs is developing a marijuana breathalyzer that can tell if a person has consumed marijuana within the last four hours.

In addition to roadside checks, the THC breathalyzer could be used in employment and insurance situations, as well. An employer could use it, for example, to tell if a worker smoked marijuana on his or her lunch break.

Whether it will be more reliable in determining intoxication than earlier, similar devices is yet to be seen.

What is clear, however, is that there are many people working in law enforcement and the judicial system who are desperate to find a way to bust marijuana users. They’re ready to believe in this new technology and they’re ready to convince a jury to trust it, too.

We are far more skeptical.

At Manley & Manley, we know that breathalyzer results are not the bulletproof evidence a prosecutor wants you to think. Here's what you should know.

The Hound in action

Marijuana breathalyzers have been a bit of a Holy Grail since even before the first state in the U.S. approved recreational marijuana in 2012. Most equipment that has been developed so far can’t tell the difference between someone who smoked weed two hours ago or two weeks ago.

The Hound really got going in 2014. Unlike tests that analyze blood, saliva or urine, the Hound analyzes breath particles at the parts per trillion level. By counting up marijuana particles, the breathalyzer can indicate whether a person has smoked marijuana within the last several hours.

Marijuana’s effect is greatest shortly after a person smokes it.

The breathalyzer takes two samples - one that is analyzed immediately and another that is saved for future tests. The specimens are kept in individual cartridges.

Even if you give the Hound the benefit of the doubt and assume that the results are accurate there isn’t a nationwide agreed upon method for interpreting the data it produces.

Michigan does not have a set limit for driving under the influence of marijuana like a (BAC) blood alcohol content level.

A handful of states have set marijuana-driving limits at 1, 2, or 5 nanograms of THC per milliliter of blood, but concentration does not equal impairment.

Marijuana affects everyone differently depending on how often a person uses it, the THC content of the plant, as well as a person’s tolerance, height, weight, and metabolism.

The difference in impairment between a daily smoker and an occasional toker can be huge. A daily user may be able to pass field sobriety tests after smoking a joint while an occasional smoker might stumble and fall after one puff.

Even on the Hound’s own website, the company notes that their product has no way of telling how high someone is.

The Hound should not be used by medical professionals, the company says, or for any federal drug-testing program like those run by the Department of Transportation, Substance Abuse and Mental Health Services Administration, or military.

If you’re facing a marijuana charge, such as driving under the influence, it’s important for you to have an attorney who understands the limits of marijuana impairment tests.

The criminal defense attorneys at Manley & Manley in Michigan have successfully represented many clients in the Flint region facing drug charges involving marijuana, alcohol, and other substances. See what our law firm can do for you.

Contact us today for a free case evaluation. We will help you to better understand the allegations against you, the penalties you are facing, and strategies designed to beat the charges.