A Flint, Michigan criminal defense lawyer who will fight for you 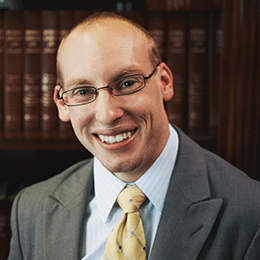 Attorney Scott R. Bigger of Manley & Manley provides aggressive representation for clients who are facing charges in Flint and throughout Michigan. When you are in legal trouble, you need a strong advocate who will take your case seriously and fight for your rights. You can count on attorney Bigger to give your case the attention it deserves.

Being charged with a crime is a serious matter. You need an attorney who is serious about helping you get the best results. Attorney Bigger handles criminal cases involving:

No matter how straightforward it may seem, a criminal case can quickly become complicated. A conviction can affect your life and your future. You could face jail time or substantial fines. Your job could be at risk, and a criminal record can make it difficult for you to find other work. That’s why you need a criminal defense attorney who will fight for you.

Attorney Bigger understands the seriousness of the charges you are facing and the impact they could have. He builds a strong defense based on facts and won’t stop fighting on your behalf until he gets the best possible outcome. He knows the law and he know how to get results.

Attorney Bigger has been recognized for his distinguished research and writing abilities. Through pretrial motions, he has been able to secure successful outcomes for many of his clients. As a leader in this area of practice, he has often served as a mentor to other attorneys.

If you are facing criminal charges, contact us to schedule a free case evaluation.

Attorney Bigger knew early on that he wanted to be a lawyer. As a student at Clarkston High School, he participated in mock trials as well as the teen court program. He continued his education at Grand Valley State University where he received a Bachelor of Science degree with a major in Political Science.

While attending Wayne State University Law School, Mr. Bigger received special honors recognition in research and writing reserved for only the top students in each class. He was again top in his class in the advanced legal writing courses. He distinguished himself as an advocate uniquely able to identify winning legal arguments and turn complex legal issues into persuasive legal briefs.

During law school, Mr. Bigger interned for the Wayne County Prosecutor’s Office, serving in the Juvenile and Appellate Divisions and also participated in the Criminal Appellate Practice Seminar offered through the State Appellate Defender’s Office.

Attorney Bigger started his legal career in 2011 opening his own practice as a firm dedicated to devoting each client the time and energy that their case deserves and not just as another case number on a court docket. Attorney Bigger established himself as a formidable trial advocate working on some of the most high-profile cases in Genesee County over the last decade.

In 2015, Attorney Bigger was recognized as one of Michigan’s Top 40 Criminal Defense Lawyers Under 40 by the National Trial Lawyers.

Testimonials:
Would recommend to anyone!!

Scott is an amazing attorney, he was always right there when I needed him. He beat all my cases!!! Very impressed with his work and will use him in the future if needed!!!