What You Should Know About Legal Marijuana in Michigan 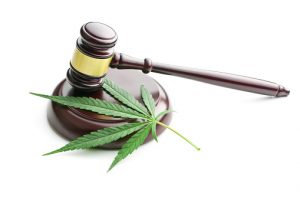 Michigan has joined nine other states and Washington, D.C. in legalizing marijuana for recreational use. The law has yet to take effect, but once it does, it’s important that Michigan residents understand the legal ramifications that apply to them.

Legal marijuana doesn’t necessarily mean that those in possession are exempt from criminal charges. Once the law takes effect, users ages 21 and over will only be allowed to carry up to 2.5 ounces in public. In a private home, users will be allowed to possess up to 10 ounces and 12 plants, as long as they are concealed from public view.

Users of reactional marijuana are also prohibited from driving while under the influence and smoking in public. Users must also not possess it while in the vicinity of a K-12 school or on federally owned land. Selling it without a state license is also against the law.

You can still face drug charges

Until the law goes into effect, marijuana possession is still illegal. Those found guilty of possession can be charged with a misdemeanor, face up to one year in County jail and/or a fine of up to $2,000.

In Michigan, driving under the influence of marijuana carries the same penalties as drunk driving if an officer can prove that a driver is impaired by marijuana.

Once legal marijuana goes into effect in Michigan, we urge users to act responsibly. However, if you are facing criminal charges, it is important that you consult with an experienced criminal defense attorney who can ensure that you’re treated fairly in the criminal justice system.

You may have been unaware that you violated a law. You may have unknowingly used recreational marijuana on federally owned land. Perhaps you were unaware that you were in possession of more than 2.5 ounces of cannabis. These are factors your attorney will examine when developing a strong defense.