First Offense DUI: What to Know About Chemical and Saliva Testing 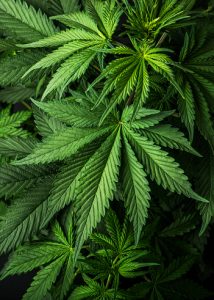 A blood alcohol concentration or drug test can be powerful evidence. If you are charged with a first offense DUI, you may not be sure what the rules are for submitting to a test and what happens if you don't.

It is important to understand how laws apply. If you are required to submit to a BAC test or drug test in violation of your constitutional rights, any evidence which has been obtained may be suppressed. This would mean the prosecutor couldn't use the evidence against you.

In Michigan, there are implied consent laws. The Michigan Secretary of State explains what this means to drivers: "If arrested for drunk driving in Michigan, you will be required to take a chemical test to determine your bodily alcohol content (BAC).  Under Michigan's Implied Consent Law, all drivers are considered to have given their consent to this test."

WLNS also reports drivers in Michigan will soon be required to submit to a saliva test if they are suspected of driving while under the influence of drugs. Governor Rick Snyder signed a law allowing this required roadside drug testing and initiating a one-year pilot program in which the reliability and accuracy of the saliva tests can be determined.

The pilot program will occur in five counties, which will be chosen by the Michigan State police. There will be a trained drug recognition expert in each county on the police force who can administer the saliva test. The test will be used in addition to a 12-step evaluation protocol which is already being used to assess whether a driver is drugged or not.  Drivers who refuse to submit to the saliva test will be penalized and subject to a civil infraction.

Although the consequences of refusing a BAC test or saliva test are substantial, it is important to realize there are still some limits on what law enforcement can do. The Washington Post reported recently that the Supreme Court determined states are not allowed to impose criminal penalties for refusal to submit to a warrantless blood test.  The case arose because some states had passed laws making it a crime not to take a blood test if suspected of being intoxicated.  This meant drivers could exercise their right to refuse a blood test, but only if they were willing to face criminal charges... which meant consent was forced. Now, if law enforcement wants you to take a blood test, they will either need a warrant or you will have to consent- and the Supreme Court made clear consent cannot be coerced by threatening to bring criminal charges if you refuse.