Threats to School Safety Are No Joking Matter 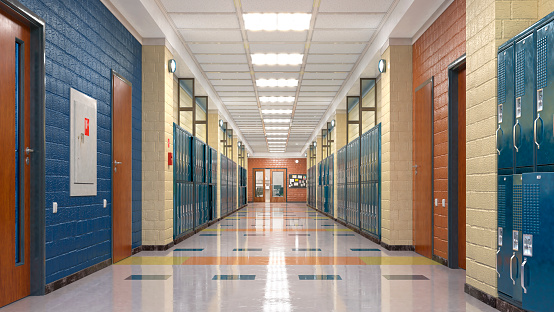 In the wake of a school shooting at Oxford High School, several students around the state have made copycat threats. These students may have intended it as a joke, but no one was laughing. Instead, they found themselves in big trouble.

Dozens of juveniles in Genesee County and around the State of Michigan have been charged with Making a False Report or Threat of Terrorism.

This is a crime that, if committed by an adult, carries a penalty of up to 20 years in prison and a fine of up to $20,000. Someone convicted under this statute can also be required to reimburse the government for expenses incurred as a result of the violation.

What is considered a threat of terrorism?

An act of terrorism occurs when a person commits a felony crime knowing that it would be dangerous to human life, with the intent to intimidate, frighten, or coerce a civilian population, or influence or affect the conduct of government or a unit of government through intimidation or coercion.

If someone uses a cellphone or computer to communicate a threat, it could also result in additional felony charges for Using a Computer To Commit a Crime.

Many juveniles use Snapchat or other apps to communicate these threats believing that the content will disappear quickly leaving no evidence.

In many cases, however, law enforcement is able to recover those posts through the use of search warrants and forensic examinations of the electronic device used.

Many of the students making threats are being charged as juveniles. In Michigan, a person is considered an adult under criminal law when they reach the age of 18. In certain circumstances, however, prosecutors have the ability to charge a juvenile in adult court in the same manner as an adult.

The consequences of a conviction can be harsh

Even in juvenile delinquency proceedings, the consequences could be serious. A student who makes a false threat of terrorism could be made a temporary ward of the court and be ordered to be removed from their parent/guardian’s home and placed in a juvenile detention facility.

A criminal conviction or juvenile disposition can carry lifelong consequences. If your son or daughter makes a mistake and finds themselves charged with Making a False Threat of Terrorism, you need an attorney who will put up a strong defense.

The attorneys at Manley & Manley PLLC are here to help. Our criminal defense attorneys have successfully defended countless juveniles around the State of Michigan. Contact us today to find out more about how we can help you.