Close
Home > Blog > The Many Types of White Collar Crimes

The Many Types of White Collar Crimes

There are many different types of crime which fall under the broad category of white collar crimes. Fraud itself can take many forms: embezzlement; fraudulent billing; false documentation or inspection reports; any many other forms of fraud all constitute white collar crimes with significant prison sentences. Defendants charged with any white collar crime in Michigan have important constitutional rights which must be protected. 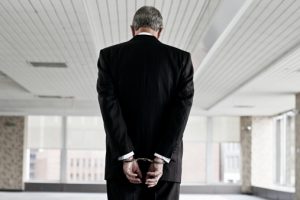 The Michigan Compiled Laws prohibit many different types of conduct which constitute various white collar crimes. Even the simple act of knowingly overdrawing a bank account can be a crime: Section 750.131a prohibits the issuance of three checks or drafts within ten days when the defendant knows he or she has insufficient funds or credit to cover the drafts. This is a felony, punishable by up to two years in prison, a fine of $500, or both.

Section 750.218 penalizes false pretenses with the intent to defraud. This covers such actions as: obtaining a signature on a forged instrument; causing a person to convey an interest in land; or using a false weight or measure to buy or sell a greater amount of land than was bargained for. While the least severe of these offenses is designated as a misdemeanor, the most severe is a felony punishable by twenty years in prison, a fine of $35,000, or both.

There are many different types of fraud, and the punishments for these offenses can be drastic. An experienced Michigan white collar crime defense lawyer will both protect a defendant’s legal rights and mitigate the damage a criminal conviction can bring to a defendant’s life.