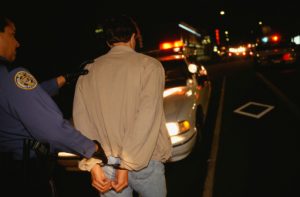 While U of M and MSU sports is a great part of the college experience, as well as fun for adults of all ages, there is a potential downside to enjoying college athletic events. This downside comes from the fact drinking often goes hand-in-hand with attending games.

For tailgaters and game attendees, including both college students and adult fans, drinking too much could have tragic consequences. Leaving a game drunk could result in impaired driving charges which change your life and affect your future.

ABC News reported on the prevalence of drinking at sporting events. Studies have shown that one in 12 football game attendees drink at games until they are legally drunk. For younger people, the chances of intoxication are especially high. Sports game attendees under aged 35 were eight times as likely as other game attendees to be intoxicated.  This means many college students who go to U of M / MSU games are likely getting drunk.

Tailgaters were actually found to be the most likely to be impaired. Those who tailgated at football games were found to be 14 times as likely to leave a game drunk.  When researchers talked with tailgaters, they discovered one in four said they had consumed at least five alcoholic beverage while tailgating, which would put them well over the legal limit. Researchers administered breathalyzers, and those who were found to be the most severely intoxicated indicated they had consumed an average of 6.6 drinks.

When you have consumed this much alcohol, you may not be able to make informed decisions about whether you can drive safely. If you do get behind the wheel, there is a good chance you may be caught because law enforcement officers know of the increased prevalence of intoxicated driving after U of M / MSU games and often increase patrolling efforts. You could end up with a first DUI, or even with repeat charges if you have a criminal history.

You don't want your college career or future to be affected by impaired driving charges, so you should strongly consider taking steps before you attend a football game to make sure you will have a sober ride home.  Arrange for a designated driver if you are going to tailgate, or have the phone number of a car service or taxi who can take you home.

If you do end up arrested for impaired driving, you should make certain to take swift action as well. Contact an DUI defense attorney who can help you to fight drunk driving charges.