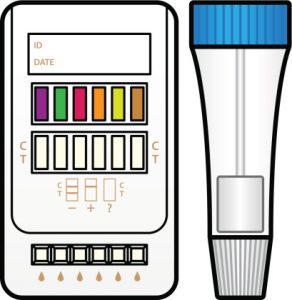 For many years, defense attorneys have questioned the accuracy of field tests such as portable breath tests and preliminary drug tests. Now, the Michigan State Police have begun using roadside saliva tests in order to examine for certain types of drugs. This raises important legal questions about the accuracy of this new testing. With the counsel of a Flint criminal defense attorney, suspects can better protect their legal rights at every stage of the criminal case process.

According to CBS Detroit, the program is the result of state legislation passed in 2016, which approved the $150,000 pilot program. This “Preliminary Oral Fluid Analysis program” uses a portable testing device to detect the presence of marijuana, methamphetamine, amphetamines, benzodiazepines, opiates and cocaine in the saliva. A spokesman for the Michigan State Police emphasized that testing will not be conducted at random, nor at sobriety checkpoints, and that the state is not collecting drivers’ DNA from the saliva swabs. He also reminded drivers that officers must have a reason to suspect impairment before testing may be initiated.

While the program doesn't directly impact Flint, if it becomes successful, its reach could could affect drivers in our community and statewide.

Not everyone is excited by the prospect of advanced roadside drug testing. The Michigan Medical Marijuana Association is concerned about the accuracy of the test as well as its experimental nature. These factors make it highly likely that defense attorneys will challenge the validity of saliva test results that are presented to courts in impaired driving prosecutions. They also raise important questions about the fairness of admitting new scientific evidence before its reliability has been proven to a degree of scientific certainty.

How Impaired Driving Prosecution Can Proceed Without the Saliva Test Results

Of course, impaired drivers can be prosecuted with or without saliva test results. M Live reports that the saliva testing devices are being used by certified Drug Recognition Experts (DREs). These experts are trained to recognize the signs of drug impairment, and this training can enable a DRE to establish probable cause without the use of a saliva test. Such probable cause can also enable the DRE to obtain a warrant for a blood test, which could make the validity of a saliva test irrelevant.

The admissibility of a saliva test, and the potential for defects in the legal process, will be entirely dependent upon the facts of a particular arrest. It is therefore important for those charged with impaired driving to seek legal advice as soon as possible. Consult with a Flint criminal defense attorney after any arrest in order to identify and respond to all forms of drug test results as soon as possible.