Michigan lawyer discusses the myths of being arrested 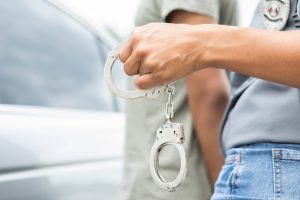 We’ve all seen the dramatized events of an arrest on television or the big screen: Police forcibly handcuff a perpetrator, tell them they have the right to remain silent, and push their head down as they shove them into the back of a cruiser. But how much of that is true?

Most of it, argues Michigan criminal defense attorney Michael P. Manley, is only loosely based on reality.

The myth, the legend, the arrest process

Money Crashers recently published a column that dispels some of the myths surrounding getting the arrested.

The rights everyone is familiar with are called the Miranda Warning. Yes, police must make a person in their custody aware of these rights, police do not need to automatically state them with every interaction with a potential criminal. “Custody” is the key word.

Myth 2: You must speak to police

When taken into custody, you can refuse to answer questions until your lawyer is present and you do have the right to an attorney. There are instances, however, where you may be obligated to provide police with information.

Myth 3: That one phone call

The very dramatic single phone call we see on screens is, in fact, a myth. There is no recognized constitutional right to be allowed to make a phone call when arrested. Police are obligated to tell you why you are being arrested, show you any warrants associated with your arrest, and bring you to court as soon as possible, but a phone call is not an obligation. Some states do have laws allowing the right for a phone call or consultation, but Michigan is not one of those states.

While lying to police is a crime, police lying to you isn’t. Police must tell the truth in court while testifying or presenting evidence, but they are not required to do so during an investigation or interrogation.

Myth 6: No charge, no crime

Even if a citizen chooses not to “press charges” against another person, a prosecutor can still move forward with charges.

Myth 7: No warrant, no evidence

TV shows always talk about search warrants and the fact that without one, all evidence is null and void. Not necessarily true. There are a number of legal exceptions to this rule that allow police to search a person without a warrant, such as consent to search, plain or open view, stop and frisk, and emergency situations.

Myth 8: No conviction without DNA and fingerprints

Most television dramas spend a good part of each episode focusing on dusting for prints, collecting DNA, and getting immediate lab analysis. This is not reality. In fact, most criminal cases do not have any forensic evidence and rely on witnesses and criminal investigators.

The court scene is always the culmination of every good TV crime drama, but the reality is that most criminal cases never go to trial. The majority of cases are resolved with a plea bargain. According to the Administrative Office of the U.S. Court, more than 90 percent of federal criminal cases do not reach the trial phase. For state cases, the percentage may be even higher.