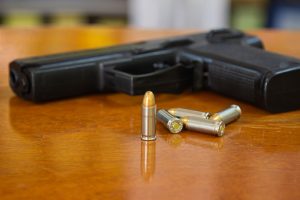 Self-defense is an affirmative defense that you can raise if you are accused of using a weapon to threaten or hurt someone, or if you are accused of killing someone with a weapon or other deadly force. You have the right to protect yourself from someone who wants to do you harm, and you should either not face charges or should be acquitted if you act in accordance with the law to defend yourself from threats.

Unfortunately, there are many situations where people who act in justifiable self-defense still have to cope with an invasive investigation by law enforcement, or where a person who acted in justifiable self defense actually has to face criminal charges.

When you are talking with police and prosecutors after you defend yourself, and especially if you are charged, you should be represented by an experienced criminal defense attorney who can help you to fight to avoid being prosecuted or who can help you to avoid conviction.

The costs of a legal defense can be a big financial burden, even if you are 100 percent innocent. Many people who believe they may have to someday act in self-defense will purchase self-defense liability insurance in advance to protect themselves.

This type of insurance pays the bills for a legal defense when a legally-owned weapon is used in self-defense. Most homeowner's and other insurance policies won't cover these costs, so having this insurance can ensure you get the very best defense without going into debt or jeopardizing your finances.

It is very important to realize that you cannot necessarily use a weapon in every single case where you feel that you may have been threatened. You need to prove that the elements of self-defense under the law were met if you want to successfully avoid conviction by claiming self-defense.

Michigan's stand your ground law is found in the state's Self Defense Act, in Code section 780.972. According to this law, you can use deadly force in self defense if you are not committing a crime and if you are in a location where you have a lawful right to be if:

You are also allowed to use non-deadly force against anyone if you are not committing a crime, are in a location where you have a lawful right to be, and you believe that the use of force is needed to defend yourself against any imminent unlawful use of force by another person.

You will have to prove you were afraid and your force was justified by the situation you were in. An experienced criminal defense attorney can help.