Increased DUI Enforcement in Flint Over the Thanksgiving Holiday 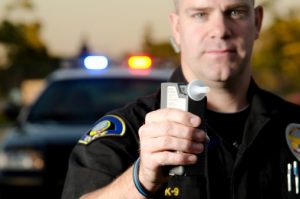 Thanksgiving is a time for friends and family. For many, it is also a time for drinking. Thanksgiving is one of many holidays during which police around the country step up their DUI enforcement efforts. Drivers should use particular caution during this time, and be prepared for checkpoints and other enforcement strategies. If you are arrested on suspicion of DUI, be sure to contact a lawyer as soon as possible. All suspects have important constitutional rights, and an experienced Flint DUI attorney can help protect them.

Drivers Have Already Given Consent for Alcohol Tests

Many drivers are surprised to learn that they have already given legal consent to have their blood, breath, or urine tested for alcohol. This is because Michigan - like all other states in America - has enacted an Implied Consent law. Section 257.625c of the Michigan Vehicle Code states that any person who drives a motor vehicle in the state, is considered to consent to breath, blood, or urine tests for the purpose of determining the amount of alcohol - or drug intoxication - in their system. The Michigan Secretary of State reports that drivers who refuse to submit to such a test will have their driver’s licenses automatically suspended for one year. Six points are also added to the person’s driving record, and such a refusal can also be used as evidence against the defendant in later DUI prosecution.

However, this implied consent is not unlimited. It is important for drivers to understand the limits placed on police officers in this matter. If a driver refuses a test - and driving privileges are automatically revoked as a result - he or she has the right to appeal the decision to the Administrative Hearings Section. Such a hearing must be requested within fourteen days from the date of arrest.

What Drivers Should - And Shouldn’t - Do at a DUI Checkpoint

Drivers have constitutional protections against unlawful searches and seizures. This means that, if a driver refuses to have their blood, breath or urine tested and accepts the consequences of the Implied Consent law, an officer cannot obtain the sample without a warrant. In order to obtain a warrant, the officer must convince a judge that he or she has probable cause to believe the driver was operating a vehicle while impaired. Evidence which is obtained without the driver’s consent, a valid warrant, or a legally recognized warrant exception is inadmissible in court.

Even the simple - and common - question of whether you have been drinking can be incriminating. In order to protect themselves against self-incrimination, drivers should be as polite as possible while declining to provide officers with any unnecessary information. Identification can be requested, and drivers should provide it cooperatively. It is important to be as non-confrontational as possible when you are invoking your rights.

If you or a loved one has been arrested on suspicion of impaired driving, be sure to contact an experienced Flint DUI attorney as soon as possible. An attorney will ensure that your rights are protected.