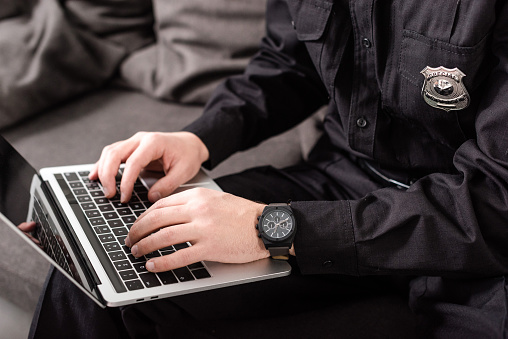 These taskforces typically operate by posting profiles on websites that bill themselves as dating sites but are typically used as “hook-up” sites. A picture of a younger-looking female, usually a member of law enforcement, is oftentimes included in those profiles.

These profiles also may include sexual activities that the female is looking to engage in. When an interested individual sends a message to the profile, either through an app, text message, or other means, an undercover officer is on the other end of that conversation.

During the conversation, the undercover officer tells the potential client that they are young, typically indicating that they are 14 or 15 years old. If the individual agrees to go through with a sexual act after being told that the other person is a minor and then shows up to the agreed-upon meeting place, they are taken into custody by task force officers.

The individual may also be arrested without showing up to the agreed-upon location, so long as an agreement about engaging in a sexual act was made during the conversation.

Arrestees will face several serious charges. The most common charges are Child Sexually Abusive Activity, Using a Computer to Commit a Crime, and Accosting and Soliciting a Child for Immoral Purposes.

Child Sexually Abusive Activity includes persuading, inducing, enticing, or knowingly causing a child under the age of 18 to engage in a sexual act. It does not make a difference that the undercover officer is not actually a child.

A person can be convicted of this offense if that person knows, has reason to know, or should reasonably be expected to know that the child is a child or does not take reasonable precautions to determine the age of the child. The penalties for Child Sexually Abusive Activity are serious. If convicted of this felony charge, penalties include up to 20 years in prison and a fine of up to $100,000.

Using a Computer to Commit a Crime likewise includes serious penalties. This includes up to 20 years in prison and a fine of up to $20,000. Any incarceration on this offense could be ordered to be served consecutive to the sentence imposed on the underlying crime.

Anyone who uses the internet, a computer, computer program, computer network, or a computer system, to communicate with any person for the purpose of committing, attempting to commit, conspiring to commit, or to solicit another to commit an offense can be held liable for Using a Computer to Commit a Crime.

Lastly, Accosting and Soliciting a Child for Immoral Purposes is a felony punishable by up to 4 years in prison and a fine of up to $4,000. A person who accosts, entices, or solicits a child or an individual whom he or she believes is a child less than 16 years of age with the intent to induce or force that child or individual to commit an immoral act, is guilty of Accosting and Soliciting.

In addition to potential prison time and hefty fines, these offenses also carry Sex Offender Registration requirements. Those convicted of one of these offenses could be required to register with the State Police twice a year for 25 years.

Those with prior sex crimes convictions could face lifetime registration.

If you have been accused of committing a sex offense, you need an advocate that understands the complexities involved in these kinds of cases. The criminal defense attorneys at Manley & Manley have decades of experience defending sex crimes cases. Contact us today to learn more about how we can assist you. You can reach us 24/7 at (810) 238-0500.