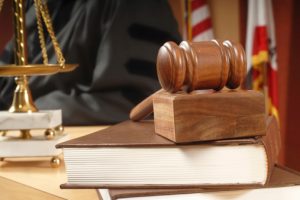 After a first offense OWI in Michigan, you have a lot of choices to make for how to respond to those to charges. First and foremost, it is always best to try to get charges dropped if you can. This could be an option when evidence was obtained illegally in violation of the Constitution and can be suppressed. With insufficient evidence, a prosecutor won't move forward. If your case does move forward, the decision becomes whether to plead guilty or not guilty. Once you've made this choice, you have one more important strategic choice: do you want a bench trial, or a trial by jury?

A bench trial occurs if you present your evidence to a judge and the judge decides your case. A trial by jury occurs if you present your evidence to a jury of your peers and they make an assessment on guilt or innocence. Many people who are arrested assume they will have a trial by jury for their first offense OWI case, in large part because jury trials are almost always what you see on TV when you watch shows about the criminal process. The trial by jury is a "hallowed American right," according to a recent New York Times article, so it is not surprising that most TV shows portray court cases as taking place in front of a jury.

In reality, however, jury trials have become increasingly rare. The New York Times indicates jury trials have become especially uncommon on the federal level, where a high number of crimes with mandatory minimum penalties have made it easier for prosecutors to get defendants to agree to plea deals.  Prosecutors can threaten defendants with charges that carry lengthy prison terms if the defendant is found guilty. Not wanting to take the risk, defendants often agreed to plead guilty to a lesser charge. The problem is, guilty pleas happen behind closed doors and don't test the justice system like jury trials do. This is a problem, according to the Times and the many judges and other legal professionals who were interviewed.

While DUI cases are not federal offenses but instead are state-level crimes, the Times reports that jury trials are also declining for state offenses as well. There are reasons why people may not want jury trials, including the fact a jury trial tends to take longer and be more expensive. However, there may also be situations where you are better off with a jury trial so you can be judged on guilt or innocence by your peers rather than a judge. If you are facing a first offense OWI charge and need to make a choice on whether a jury or bench trial is right for you, it is best to get legal advice on the strategic choice which you must make.