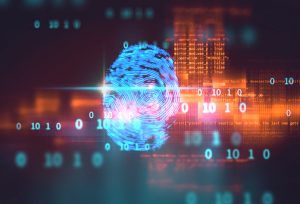 Criminal defense lawyers know that when politicians in Detroit, Flint and all of Michigan try to prove they are "tough on crime," their efforts often lead to bad laws being passed. In far too many situations, lawmakers make laws that do not make sense in the real world or that impose overly harsh punishments just to earn political points. Now, CNN reports that two of the most famous politicians in the United States are admitting to the fact that one of their crime bills was a big mistake.

Three Strikes is a Mistake

When the crime bill was passed, both Bill and Hillary Clinton were vocal supporters of the provisions contained within it, including the three strikes provisions specifically. In an interview in 1994, Hillary Clinton helped to promote the bill as both smart and tough. She said that the three strikes provision would be very effective at keeping repeat offenders locked up "so they could never get out again." She also said: "We will finally be able to say, loudly and clearly, that for repeat, violent, criminal offenders: three strikes and you're out. We're tired of putting you back in through the revolving door."

Despite the fact that the bill was supposed to make a positive impact by taking dangerous people off the streets, the Clintons are now distancing themselves from the legislation. Bill Clinton, in fact, indicated that passing the bill with the three strikes provision was a mistake. He stated that he felt the net was cast too wide, especially because it included past drug offenses as a strike. Because of the way it was drafted to include so many criminal offenses, the bill is a major contributing factor to the mass incarceration that is going on within the United States.

Hillary Clinton is also pushing sentencing reform, indicating that the criminal justice system currently focuses too much on incarcerating people. This ends up tearing apart families and does little to actually stop crime or help people to find better alternatives to illegal activities. Her position on mass incarceration was one of the first that she staked out as part of her campaign for the presidency in 2016.

Sentencing reform has become a hot-button issue among politicians of both political parties. It is clear that strict mandatory minimum sentencing bills like three strikes rules have done more harm than good, and reform could be a positive step in the right direction. Politicians need to be careful that in their push to appeal to voters, they do not end up causing harm to vulnerable members of the population, including those who unintentionally become caught up in criminal cases.

Defendants who are facing criminal charges need to make sure they do everything they can to try to reduce the possible penalties and avoid mandatory minimums. An experienced criminal defense attorney can provide critical assistance.

Contact Michigan criminal defense lawyer Michael P. Manley today at (844) 462-6539 or visit bvimanleystg.wpengine.com to schedule a consultation. Serving Flint and all of Michigan.