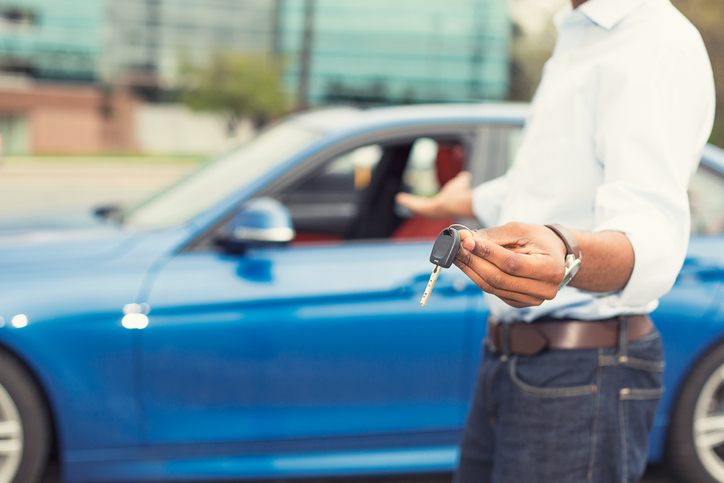 Usually, when people are stopped for drunk driving, it is by the police.

But that job could soon go to your car.

Congress is eyeing a bill that would require carmakers to include advanced anti-drunk driving technology in their vehicles.

The requirement is just one of many spending and regulation proposals rolled into the $1 trillion infrastructure package making its way through Congress. If approved, the anti-drunk driving measure would set a new "advanced drunk and impaired driving prevention technology safety standard."

Anti-impaired driving vehicles would almost certainly reduce the number of drunk driving accidents and charges, as well as the need for outdated police-administered field sobriety tests.

Even if Congress approves the bill, it would be three years before it could be implemented and would only apply to new cars. It would take years for the technology to become widespread. This means that, for now, the standard DUI field sobriety and roadside tests will continue to be used and DUI lawyers will continue to defend their clients against skewed results.

The anti-DUI bill is being spearheaded by two Michigan democrats, Sen. Gary Peters and Rep. Debbie Dingell. The duo was inspired by a 2019 drunk driving accident on I-75 that killed an entire Northville family of five in a head-on collision with a driver whose BAC was 0.306.

If the spending package is approved, and the anti-DUI tech bill goes through as is, the legislation would not be implemented for at least three years.  After that, all new cars would have to include technology that stops impaired drivers from operating them.

Exactly what this technology will be is not yet clear; The bill does not go into that level of detail. The proposal does state, however, that the technology has to be judged effective by the National Highway Transportation System Administration (NHTSA).

If a vehicle with anti-DUI technology detects an alcohol threshold, it will either not start or drive (if the vehicle is already stationary), deaccelerate, or tighten seatbelts and blare a drunk-driving warning to others over a loudspeaker until you stop the car.

Anti-DUI technology could reduce the need for field sobriety tests like having a suspect hold a horizontal gaze; walk nine steps, heel-to-toe, in a straight line; and stand on one leg.

Police are looking for things they consider signs of impairment like swaying, hopping, miscounting, or otherwise losing balance. Any of these things, however, could be caused by a medical condition or nervousness among other influences.

Interpreting roadside sobriety test results is a subjective, flawed, and unscientific form of guesswork—like reading tea leaves or a crystal ball. After the tests, an officer will make a gut decision on whether the driver is drunk.

If an officer's gut says "DUI," they will most likely move on to using a breathalyzer, a piece of equipment that is becoming less and less trustworthy every day. Recent breathalyzer scandals include a Michigan breathalyzer technician who falsified test results, using recalled test tubes missing preservative powder, improper calibration, and administration of breathalyzer tests by uncertified personnel.

Breathalyzer test results can be influenced by things like a subject's medical conditions or diet as well as environmental factors. If you are facing DUI charges in Michigan, it is important that you have a lawyer who can demonstrate the inauthenticity of the prosecution's "evidence."

Michigan takes DUI seriously. The state has three levels of DUI first offenses, each with harsher penalties than the last.

Consequences for a first offense Operating While Visibly Impaired conviction can include:

For a first DUI conviction, you could get:

If you had a heightened blood alcohol content level of 0.17  or higher, then the penalties for a first offense DUI are increased to up to a $200-$700 fine, up to 180 days in jail, a 45-day license suspension followed by 320 days with a restricted license, and mandatory vehicle immobilization.

When you've been charged, you need an aggressive DUI defense lawyer

The consequences of a DUI conviction can be life-changing. The jail time alone could cause you to lose your job and the things it pays for — your home, vehicle, phone. DUI can negatively affect personal relationships as well.

With so much at stake, protect yourself and your family by hiring an experienced drunk driving defense attorney with a track record of success. At Manley & Manley, our lawyers know how the justice system works in Flint and throughout Michigan. Our law firm's defense strategies for DUI charges are battle-tested, and we've got the case results to prove it.

Take action and contact us today to schedule a free case review. We're ready to listen and let you know how we can help.