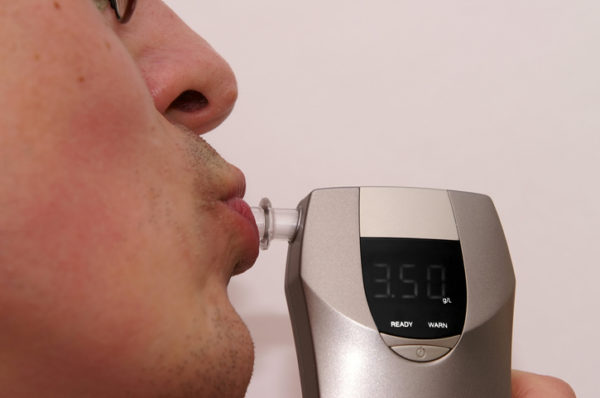 Massachusetts has become one of the latest states to, at least informally, abandon breathalyzers.

Nearly all of the state's district attorneys have either stopped using breathalyzer results as evidence in driving under the influence (DUI) cases, or they have seriously limited the inclusion of the results in trial. They have good reason: some 27,000 Massachusetts DUI convictions may be retried due to unreliable breathalyzer results.

Years of defense lawyers challenging the accuracy of breath tests led to an investigation of the device's results. Investigators uncovered years of compromised breathalyzer results used at trial.

Still, not everyone in Massachusetts is ready to give up on the formerly trusted equipment. Gov. Charlie Baker's administration and state police have stood by the use of breathalyzers. Without them, they say, police will have to rely on field sobriety tests to determine impairment and intoxication. These tests are based in opinion, not facts.

In Michigan state police have, for the most part, set aside breathalyzers, but are not going to rely on field sobriety tests, either. In 2020, the Michigan State Police mostly stopped using breath tests on potential drunk or high drivers. Now, in Michigan counties with the highest rate of DUI arrests, police take suspects to nearby hospitals for drug or alcohol blood content tests.

The Crawford County Sheriff's Office says the blood tests are more costly and time-consuming than breath tests. Until recently, blood-draws were saved for fatal or serious-injury accidents.

Breathalyzers taken out of service

Michigan State Police took breathalyzers "out of service" last year after officers raised questions about the quality of an outside company's work calibrating the equipment. Intoximeters, Inc., was hired in 2018 to calibrate and maintain Michigan's stationary breathalyzers, otherwise known as DMTs. Last year the MSP accused Intoximeters of "deceptive falsification" of certification records. At the time, police had discovered significant differences in data collected by eight breathalyzers at various departments.

Following the state trooper's allegations, many local police departments have also stopped relying on DMTs. An investigation into Intoximeters is ongoing.

The breathalyzers MSP took out of service are not the same devices used in the field. Prior to this, Michigan had largely stopped accepting handheld, roadside breathalyzer test results in court. Today, they are useful to police as a means of establishing probable cause.

Intoximeters were responsible for calibrating and maintaining the larger Datamaster (DMTs) blood alcohol breath tests. These machines are larger and stationary in police departments. They use a more sophisticated process than roadside tests and employ infrared spectroscopy to determine blood alcohol content. Until the Michigan State Police started their investigation, Datamaster results were considered more reliable than roadside breath tests.

This isn't the last we're going to hear from breathalyzers, though. The MSP has begun maintaining and calibrating its own equipment and has returned at least 2 Datamaster breathalyzers into service.

Hospital blood-drawn tests for alcohol and drug content fall under the same "implied consent law" as Michigan's breathalyzers. For the most part, all licensed drivers have technically already agreed to submit to drug or alcohol testing in a legal DUI-arrest situation.

If you refuse to take a breathalyzer or have your blood drawn for the screening, your license will be suspended for one year. You may appeal the suspension later.

Police can forcibly draw blood for testing with the right court-ordered warrant.

Michigan has some severe DUI penalties.

First offense DUI penalties may include:

The penalties are harsher for people with a "high blood alcohol content" — a BAC of 0.17 or higher. The consequences for this charge include:

If you are found guilty of a DUI that results in death or serious injury, you face:

If you are facing DUI charges in Michigan, it is important that you have a defense lawyer who understands the limits of breathalyzers and other BAC testing equipment. The police and prosecutors still want juries to believe these devices give airtight results. An inexperienced lawyer or a public defender may not know how to discredit this shaky "evidence."

Manley & Manley has been defending people accused of DUI in Flint and the rest of Michigan for years. Our criminal defense lawyers are aggressive in getting the best outcome for your case. We have been around for too long and been too successful to be intimidated by prosecutor and police tactics. Our firm doesn't play their games.

Our law firm offers free case evaluations to people facing a DUI, as well as other criminal defense, white collar crime, and drug charges. We will listen to the details of your situation and help you understand how the law applies to you and the various outcomes you can expect.

Call or email Manley & Manley to get started on your defense right away. The longer you wait the more difficult it may be to collect the evidence you need to fight the charges against you. Our lawyers can help.  Call now.