A Flint criminal defense lawyer you can count on 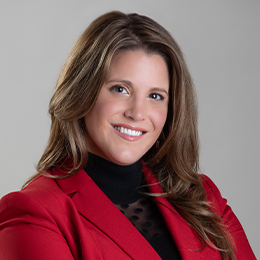 Attorney Sara Kennedy Coaster of Manley & Manley knows how a conviction can have a serious impact on people’s lives. That’s why she helps clients in Flint and throughout Michigan by providing an aggressive defense against a wide variety of criminal charges.

She also brings unique experience to the cases she handles. A former prosecutor, Attorney Coaster is very familiar with the criminal justice system. She knows the types of evidence that prosecutors look for and how they try to convince juries of guilt. Now she puts that knowledge to work for our clients.

Born in Flint and raised in Grand Blanc, Attorney Coaster attended Lake Fenton High School, where she was active in competitive cheerleading and was part of the state champion squad during her senior year. After graduating high school in 2003, she went to the University of Michigan at Ann Arbor. While there, she was active in the community and worked at a residential facility for teen mothers and their children.

A former prosecutor who knows how to win

During her sophomore year, she decided that she wanted to go into law. After graduating with a dual major in English and Psychology, she began her legal studies at the Michigan State University College of Law. While there, she was active in the Family Law Society. During the summer of 2008, she was an intern with Judge Weiss.

The following summer, she was an intern at the Genesee County Prosecutor’s Office. It was there that her love of criminal law began. When her 2009 internship ended, she asked to stay on and served internships and externships through the end of 2010 – even after she had taken the bar exam.

Attorney Coaster graduated from the MSU College of Law in 2010 and began working in the Tuscola County Prosecutor’s Office. She worked on diverse cases ranging from criminal sexual conduct to OWI, drug cases and even Taking Deer Out of Season.

Early in her career, she began to focus on criminal sexual conduct cases. She was a board member of the Tuscola County Child Advocacy Center, the first local center of its kind. She was also active in local schools, working with Vassar High School’s mock trial team. Attorney Coaster was also a member of the Tuscola County Bar Association, where she served as secretary and vice president.

Ready to fight for your rights

In 2016, she returned to the Genesee County Prosecutor’s Office and was assigned to the felony trial division. She handled a large felony docket, including homicide, criminal sexual conduct, drug cases, gun cases and animal torture. In 2019, she was moved to the newly created Special Victim’s Unit, where she handled a full docket in district and circuit court specializing in Criminal Sexual Conduct cases and severe child abuse.

Now, Attorney Coaster represents clients who have been accused of crimes. She is very familiar with procedure in the justice system and how evidence is gathered and presented. A skilled attorney, she knows what it takes to present convincing cases to judges and juries. Attorney Coaster specializes in Criminal Sexual Conduct cases and her vast knowledge of the prosecution of these crimes is a significant advantage to her clients.

If you have been charged with a crime or are being investigated, it’s important to get legal advice as soon as possible. Contact us to schedule a free case evaluation.