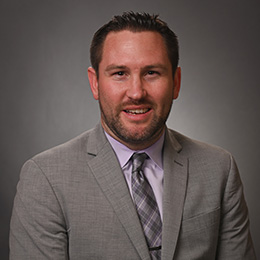 Attorney Michael T. Beer joined the Manley & Manley Team after a stellar career in the Genesee County Prosecutor’s Office. Mike is a born leader who is dedicated to protecting the sacred Constitutional rights of each individual with a proven track record for fighting tooth and nail for his clients, whether the odds be great or small.

“I learned early in my career as a former assistant prosecutor that the State can change someone’s life with the stroke of a pen by issuing criminal charges. I know how to fight back, be aggressive and never back down from ensuring my clients receive the highest level of representation in seeking truth and justice. I will not allow a stroke of a pen to define my client’s life without due process. All of my passion and energy is dedicated toward my client. Each client deserves someone who will fight for them, their family, their career, their children and their future.”

In fact, one of the cases that Mike handled while he was in the prosecutor’s office was featured on an ABC 20/20 episode. Mike was the lead prosecutor on the case and followed it from the initial investigation all the way up until trial. The 20/20 episode includes a lengthy interview with Mike about the case.

Mike has brought to Manley & Manley an incredible array of trial experience handling thousands of cases that include expertise with proven results in the following areas of law:

Mike comes from strong family ties growing up in Goodrich, Michigan. As the oldest of four boys in the family, Mike’s parents instilled integrity, honesty and treating others with respect as core values. His family taught him the importance of hard work, perseverance and never giving up.

Mike is a proud 2004 graduate of Powers Catholic High School, where he served as the Class President as well as the captain of the football and swim teams. He continued his education at the University of Miami (Ohio) obtaining a Bachelors of Science in Finance in 2008. He then worked in the financial industry at Prudential and J.P. Morgan Chase where he previously held his Series 7 and 63 certifications. After working in the financial industry, Mike pursued his passion for working to help others by attending Ave Maria School of Law in Naples, Florida. Mike held leadership positions as Moot Court Board President and being elected by his fellow students as the Ave Maria School of Law Student Commencement Speaker at graduation.

Throughout his 9+ years as an Assistant Prosecuting Attorney, he received notoriety such as receiving the award for Arson Investigator of the Year by the Michigan Arson Prevention Committee in 2015. Mike also previously served as the Genesee County Union Steward for the AFSCME 496-01 chapter, representing his peers and serving as the Vice-President. For three years, he also served on the Board of Directors at the Genesee County Community Resolution Center, helping to bring restorative justice to the courts.

Attorney Michael Manley praised the addition of Mike to the firm: “We have admired Mike’s trial skills, tenacity, and professionalism during his years with the Genesee County Prosecutor’s Office. We feel he is a perfect fit with Manley & Manley and is able to provide the highest quality of passion and expertise.”

Attorney Frank Manley was succinct: “Mike Beer is a first-round draft pick. He embodies everything that the lawyers at Manley& Manley stand for.”

If you have been charged with a crime or are being investigated, it’s important to get legal advice as soon as possible. Contact us to schedule a free case evaluation.

Admissions:
State Bar of Michigan and U.S. District Court for the Eastern District of Michigan