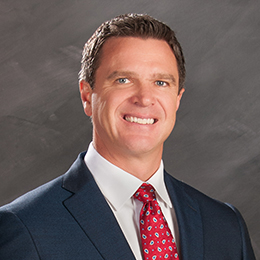 Over the last 32 years, Mr. Manley's results have included many "not guilty" verdicts from first-degree murder and criminal sexual conduct to assault and drug charges. He has also successfully resolved cases involving:

As a result of this success in high-profile jury trials, he knows how to effectively negotiate an advantageous plea disposition when the facts of the case dictate that a trial may not be the best course of action.

“I’m the guy you want if you’ve been charged with a serious crime in Michigan,” Manley says. “If you’re under investigation, talk to me immediately before you talk to anyone else.”

As your legal advocate, attorney Manley strongly believes in treating judges and prosecutors in a civil, professional manner. This allows for better communication when trying to resolve a case prior to trial. Mr. Manley is not afraid to be aggressive should the situation need such a response, however. Regardless of the situation, he handles all of his cases with integrity and discretion.

Michael Manley’s success has earned him respect from his peers. He was selected to the Michigan Super Lawyers list. Each year, no more than 5 percent of the lawyers in Michigan are selected to receive this honor.

He also has received an impressive Avvo Rating of 10 or “superb.” Avvo ranks attorneys on a scale of 1-10, and the ratings reflect the lawyer’s background. Factors used by Avvo to assess an attorney include his years of practice, disciplinary history, professional achievements and industry recognition. Finally, he has continually been named one of the Top 100 Criminal Trail Lawyers in America by the National Trial Lawyers, including 2020, 2021 and 2022.

Born and raised in Flint, Michigan, attorney Manley attended the Flint Community Schools (Summerfield Elementary, Longfellow Junior High School and Northern High School) before graduating from Powers Catholic High School. At Powers, Mr. Manley excelled in academics, athletics and extra-curricular activities. He was a standout on the hockey and baseball teams, earning various all-league, all-district, all-region and all-state honors. The athletic achievements and leadership abilities of Mr. Manley were acknowledged by his 2002 induction into the Powers Catholic High School Athletic Hall of Honor.

Mr. Manley continued his academic and athletic careers at Aquinas College in Grand Rapids, Michigan, where he received a Bachelor of Arts degree with a major in political science and a minor in business administration. He was also a four-year player and three-year starter on the Aquinas baseball team, a small college national power. During his senior season, as one of the team's co-captains, he was named to the First Team NAIA Academic All-American Team. That same year, he received the highly coveted Joseph Baker Memorial Award as Aquinas College's top male student athlete.

Mr. Manley attended the prestigious University of Detroit School of Law, graduating with honors and finishing at the top of his class. He was inducted into the Justice Frank Murphy Honor Society, which annually recognizes the graduating class's top academic achievers.

Coming from a family of educators, including his grandfather, Frank J. Manley Sr., known worldwide as the "father of community education," Mr. Manley returned to his hometown, Flint, to begin his law career in 1990. From 1990-2004, Michael and his brother, Frank, founded and practiced together with the firm Manley & Manley, P.C. While with Manley & Manley, P.C., Michael built a reputation as a tenacious advocate on behalf of the accused. Wishing to provide more personal and individualized service, Mr. Manley founded the law office of Michael P. Manley P.C. in 2004. Michael P. Manley P.C. was dedicated to providing clients with the one-on-one service that is needed in fighting accusations that could result in the loss of one's freedom.

In 2020, Michael and his brother Frank joined forces again as Manley & Manley. This long-awaited reunion was years in the making and has generated a buzz in the community. Better and stronger, together!

Mr. Manley is also widely known and respected in the community for his civic and political activities. Mr. Manley is a former board member and Chairman of Flint's Bishop International Airport Authority, the nation's second-fastest-growing airport. He is on the Leadership Team of C.S. Mott Children's Hospital at the University of Michigan, proudly serving with former Michigan football coach Lloyd Carr and countless others who donate their time and talent. Along with former Detroit Red Wing enforcer, Joe Kocur, and former UAW Vice President, the late Cal Rapson, he co-founded the Arthritis Foundation's "Arthritis Walk" in Flint. He also speaks to school children about gun violence with the United States Attorney's Project Safe Neighborhood Program. As a lecturer for the Flint Police Academy, Mr. Manley educates local police officers on the issue of citizen's rights prior to interrogation to ensure that each individual's sacred Miranda rights are followed. He is also a member of the American Bar Association, State Bar of Michigan, Genesee County Bar Association, National Association of Criminal Defense Lawyers and Criminal Defense Attorneys of Michigan.

Mr. Manley is also a member of National Board of Trial Advocacy (NBTA), Michigan Super Lawyers, and National Trial Lawyers Association (NTLA) and has been named one of the top 100 trial lawyers with NTLA. Mr. Manley was named a National Leading Lawyer, as well as a top 100 DUI Lawyer in the state of Michigan.