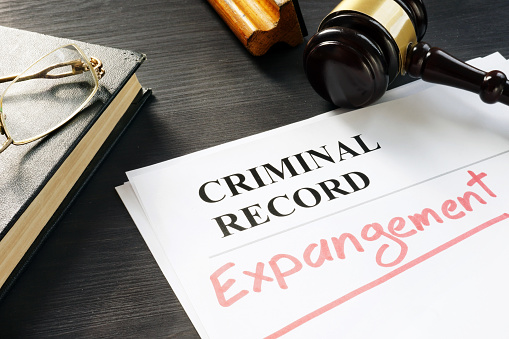 When people have completed their sentence after a criminal conviction, they are said to have paid their debt to society. But the truth is a criminal record can impact your life long after you have paid fines and served time. It’s harder to get a good job. You may not be able to get a professional license. And it can be more difficult to find housing.

It’s always been possible to apply to have your record expunged, but the process could be long, complicated and expensive. The good news is that new laws in Michigan make the expungement process much easier, giving hundreds of thousands of people the opportunity to wipe the slate clean.

Under the new laws, the state will create an automated system for expungement over the next two years. It will automatically expunge certain felonies after 10 years and misdemeanors after 7 years.

Who is eligible for expungement under the new Michigan laws?

People who have been convicted of either a misdemeanor or a non-assaultive felony are eligible, under certain conditions. You must not be currently facing criminal charges. You must not have been convicted of another crime within the past 7 years (for a misdemeanor) or 10 years (for certain felonies). You must also not have more than one conviction for an assaultive crime or attempt to commit an assaultive crime.

There are also some crimes that can’t be expunged. These include assaultive crimes, weapons crimes, driving under the influence and felonies that carry a maximum sentence of life in prison. In addition, people convicted of certain marijuana misdemeanors will have to apply for expungement.

Still, for many, the new laws promise to remove barriers for employment and housing, as well as other opportunities.

Do I need a lawyer for expungement?

In theory, if you are eligible to have a criminal offense expunged from your record, it will be done automatically. But it remains to be seen how well the process will work, and there is always the possibility that things can go wrong.

That’s why it’s important to have an experienced criminal defense lawyer in your corner. A lawyer can help you:

A lawyer can also help you apply to have certain other offenses expunged, or multiple offenses. You can also apply early to have eligible misdemeanors or felonies expunged for a $50 fee.

What does it mean if my record is expunged?

It’s also helpful to get legal advice about what expungement means for you – and what it doesn’t mean. For example, expungement does not mean that your record is erased. It just limits who can see it. If you commit a similar crime in the future, you could be charged with a second or subsequent offense. In addition, you won’t be able to get a refund of any fines or court costs you had to pay at the time of conviction.

A mistake you’ve made in the past doesn’t have to affect your future. Learn how new laws in Michigan can help open up opportunities for you. The experienced lawyers at Manley & Manley are ready to help guide you through the expungement process. Contact us today to schedule a free consultation.